The 2022 Winter Olympics are over and like a true American patriot, I celebrated the event by not watching a minute of it. Don’t get me wrong. I’m from the northeast and as a boy spent many hours figure skating on Van Cortlandt lake after it froze up during the winter months. I also  collected a chipped tooth and scar on my chin from The Bronx’s version of skeleton, which consists of shooting down a snow-covered hill at high speed on a sled, trash can lid, cardboard box, or whatever will do the trick while avoiding rocks (chin scar), dogs,

In Chapter 14, “The Social Ministries,” I make the point that Big Social Media has earned itself no friends in Washington D.C. despite the boatloads of PAC and campaign donations showered on both political parties. From both sides of the aisle, their ROI on their investment has been paltry. In 2018, the left wing, represented by Amy Klobuchar, Bernie Sanders, Corey Booker, Elizabeth Warren, Tulsi Gabbard, and other progressive presidential candidates called for all the social media giants and Amazon to either be broken up or heavily regulated. The FTC’s Democrats were ready to disembowel Facebook. The right wing wasn’t 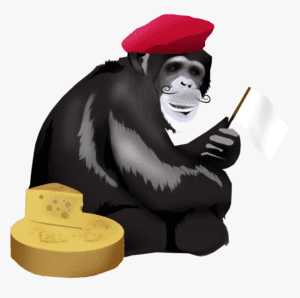 The phrase “cheese eating surrender monkeys” first entered the main lexicon of American English just before the beginning of the second Iraq war courtesy of the ever-running The Simpsons cartoon series.  France’s reputation for toughness has never recovered from that whole WWII-breakout-in-the-Ardennes-Forest thing and when the country declined to join the forces preparing to invade Iraq post 9/11, “surrender monkey” became a popular meme which makes the teeth of every Frenchmen grind. Thus, it was with some surprise that I found myself writing admiringly of the courage of the French as Jeff Bezos and his merry band of monopolists/monopolists attempted