Subscribe
Menu
No products in the cart.
$0.00 Cart
Menu 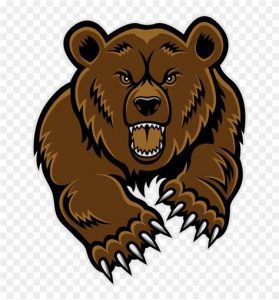 In Chapter 14, “The Social Ministries,” I make the point that Big Social Media has earned itself no friends in Washington D.C. despite the boatloads of PAC and campaign donations showered on both political parties. From both sides of the aisle, their ROI on their investment has been paltry. In 2018, the left wing, represented by Amy Klobuchar, Bernie Sanders, Corey Booker, Elizabeth Warren, Tulsi Gabbard, and other progressive presidential candidates called for all the social media giants and Amazon to either be broken up or heavily regulated. The FTC’s Democrats were ready to disembowel Facebook.

The right wing wasn’t feeling much better. As the Republican party realized that Jack Dorsey, Mark Zuckerberg, and everyone at Google hated their guts, the desire to unleash Hell on all the major social media companies grew to white-hot proportions. The results of the 2020 election provided the social media giants with a seemingly welcome respite. The happiness was misplaced. As I pointed out:

“While you kept your woke mouths shut and focused on business, the federal revenue demon dreamed on unaware of you. But now it’s woke too, and it’s always hungry. It’s ambling steadily towards rich CDA 230 fields of green and wants to feed. When it starts, shareholders at these companies, watching the value of their investments decline while corporate revenues and profits flow to the lawyers, are going to have many questions to ask you.”

Jack, Zuck, Sue, Sundar and all their high-tech friends drew a deep sigh of relief when President Orange lost his bid for reelection. They’d worked hard supporting his cognitively-impaired replacement, and thought it an excellent thing that President Biden probably didn’t know what an algorithm was. But their happiness was short lived when a Democratic Congress introduced bills that proposed to:

And that’s just for starters.

Normally, the Republican party could be counted on to come to the rescue of a bunch of capitalists who occasionally invite right wing lobbyists, politicians, and journalists to parties that feature hot tubs, open bars,  champagne, and much feminine pulchritude (sorry if you feel microaggressed. I don’t care). But after attempting to disappear every conservative, libertarian, and Republican writer on the planet for the last several years, that dynamic is missing. Instead, in addition to all the fun things the Democrats are proposing, the right wing now wants to:

• Send Jack, Zuck, Sue, and Sundar to Guantanamo.
• Invite the hordes of UFOs buzzing American fighter jets to kidnap everyone working at the Googleplex and relocate them to one of the moons of Jupiter. A nasty one.
• Require every senior executive in Silicon Valley to attend a thirty-day White Fragility Reeducation Seminar conducted by Robyn DeAngelo and Rachel Maddow. To receive your certificate of completion, you have to take a leave of absence from your position for the course duration, move to Newark, New Jersey and either A) work in a 7-11 or B) a Secaucus-based toxic waste reprocessing plant (your choice).

Failure to leave the course with your certificate of completion results in your employment being immediately terminated.

And that’s just for starters.

It’s not possible at this point to know how the 2022 elections turn out, but current projections show the Democrats losing control of the House of Representatives and quite probably the Senate. If these predictions are correct, Big Social Media and some of its BFFs, such as Microsoft and Apple, will confront Scylla on the left and Charybdis on the right. Both parties will be ravenous.

Big Tech probably won’t give up quietly, of course. Jack, Zuck, Sue, Sundar and the rest of them have had it pretty good so far. Hundreds of conservative voices silenced, books banned, Facebook just got away with blocking advertising for a novelization of Lincoln’s last five years of life because Mike Pence liked it, everyone colluded to shut down Parler when it was on the verge of breaking through to major platform status, and in what was probably the most delicious scalp hunt possible for these merry band of Ingsocs, Donald J. Trump, 45th President of the United States, was kicked off the major social systems along with his orange comb-over.

While he was still President.

IOW, in the event of a national emergency, the major social platforms planned to prevent the American people from reading communiques from the Commander-in Chief of the United States.
I mean, my god, the rush. The feeling of power. It was all so delicious that Big Social Media decided it was time to crack down on humor, particularly the right-wing satire site, The Babylon Bee. SJWs despise it because it makes fun of them and Mark Zuckerberg, having cast aside his earlier attempts to remain neutral, decided to rush to their defense. Facebook announced that:

Further, true satire does not “punch down”: the target of humorous or satirical content is often an indicator of intent. And if content is simply derogatory, not layered, complex, or subversive, it is not satire. Indeed, humor can be an effective mode of communicating hateful ideas.

It would have been helpful had Facebook provided some example of “communicating hateful ideas” by punching down with funny hate from such masters of the technique such as “Madcap” Benito Mussolini, Adolf (Chuckles) Hitler, and Punnin’ Pol Pot, but none were forthcoming. A bit of “true satire” would also have been nice just so we know what the Zuck thinks is satirical.

On cue, left-wing site Slate promptly posted up an article accusing the Bee of “punching down” for publishing articles such as “Man Identifies as Woman Just Long Enough to Voice Valid Opinion on Abortion,” but to date, it’s not been decided if the joke was insufficiently “layer-ry” and it’s still discoverable on Facebook.

But nothing ever stays the same in politics and once the political landscape and control of the U.S. Congress shifts, as it always does. Mark (Mr. Giggles) Zuckerberg and the rest of the Social Media Pashas can look forward to something like this as Republican blood lust for revenge reaches a feeding frenzy…

Picked up your copy of the hottest book of 2021?

Time to Get Your Ideation On and Disrupt the World!